on the importance of tradition

We picked out our Christmas tree last weekend. We’ve been putting it off and putting it off, just not feeling the season for a variety of reasons. Having just made the decision yet again to put off the tree search for another couple days, we passed a festive looking lot and I had a sudden change of heart. It was actually a fun experience, walking among the strongly scented firs and chatting with the farmer who’d cut them just days before and trucked them down the mountain. Popping a small candy cane in my mouth, we brought the tree home and began the process of hauling the seasonal boxes down from the attic, fingers crossed that the leak in the roof hadn’t damaged our treasures.

The holidays seem to come more quickly these days. I don’t know if it’s because the years are flying by with more haste as we get older, or it’s because the stores and TV commercials start their holiday push before Halloween is even past. Maybe it’s both.

So we wrestled our new tree into its stand and Dave began winding the strands of lights between the branches. The cats gathered, batting at the bouncing limbs and hanging wires. Dave utters words of frustration at them to try to chase them off, but they remain to “help.” 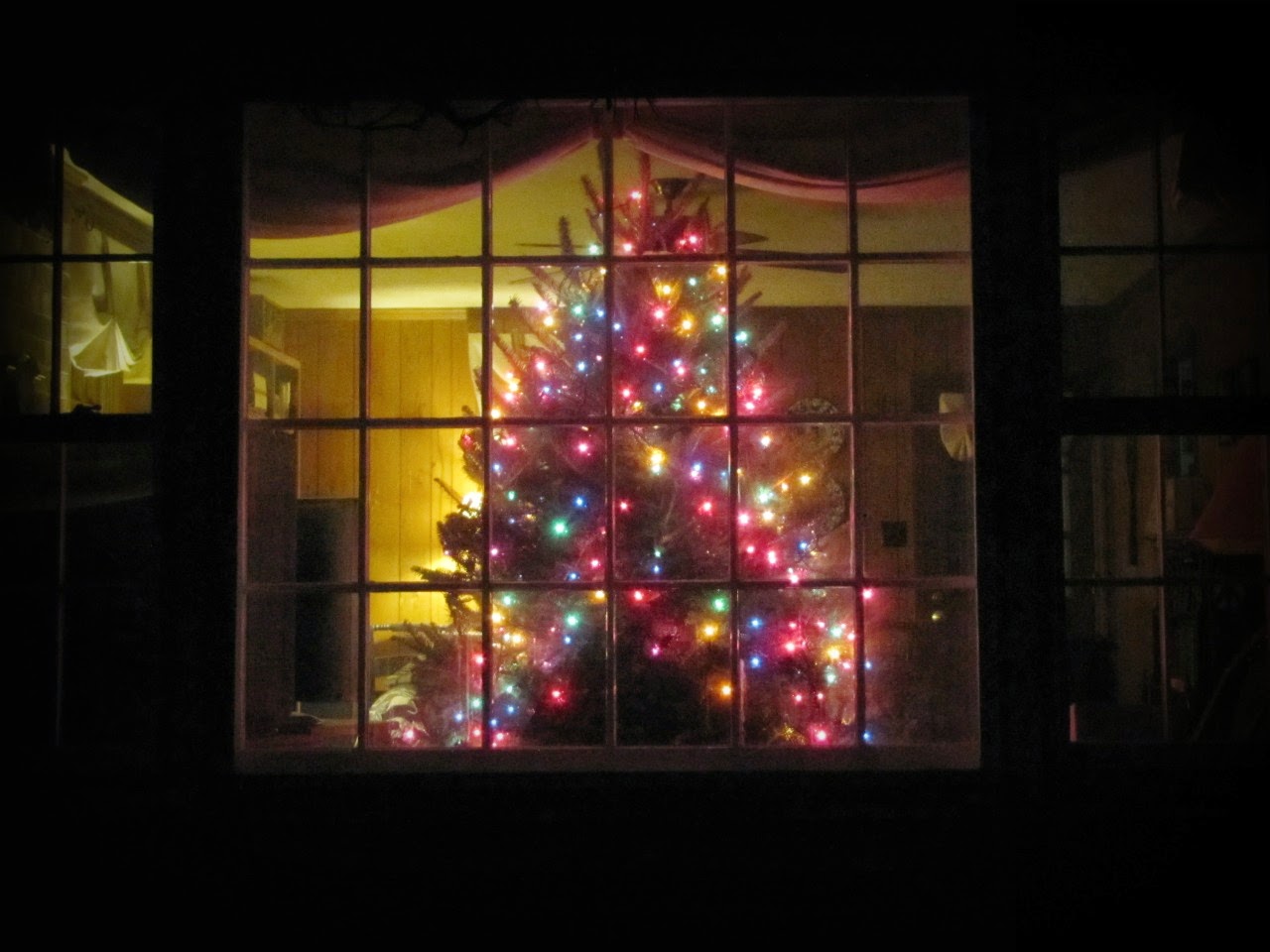 This weekend we’ll bring the remainder of the boxes down from the attic and our now adult kids will join us to hang the old ornaments. Some are handmade treasures made by their once small hands, some are memories we’ve brought with us from our own childhood trees, some selected as souvenirs on vacations taken a long time ago, and some that used to hang on the trees of generations past.

The mantle is decorated, trains set up on the hearth and old library table, crystal dangles from light fixtures and greenery is tucked here and there.  All the while, eggnog and holiday munchies are enjoyed and favorite holiday music hums from the stereo. It’s a good time and the best part is that we all are together and we’re all sharing in this tradition that grounds us. From year to year, no matter how busy we’ve gotten or what hurdles we’ve had to deal with, these traditions help us to find our way back. We’ve been given another year together and for that I’m so grateful. There have been changes since the last Christmas, my kids continue to make me proud and inspire me, we’ve added new people into our family fold, we thrive, we struggle, we grow and grow older. There were failures, there were great successes, there were heartbreaking losses as we had to say good-bye to family members who have passed away and joys as babies are born. The holiday traditions carry us from year to year as we repeat our annual routines, retell the old stories and remember family members no longer with us. The holiday traditions bring us warmth, memories and security in otherwise fragmented and all-too-busy lives.

We have no way of knowing what 2015 will bring us. By this time next year, we may have made it through challenges and changes that we can’t foresee today. What won’t change though, are the family traditions that anchor us, even if there is a bit of groaning and grumbling when it’s time to bring home the tree and haul the boxes down from the attic again.
at 1:00 AM 5 comments:

dogs in cars getting coffee 2 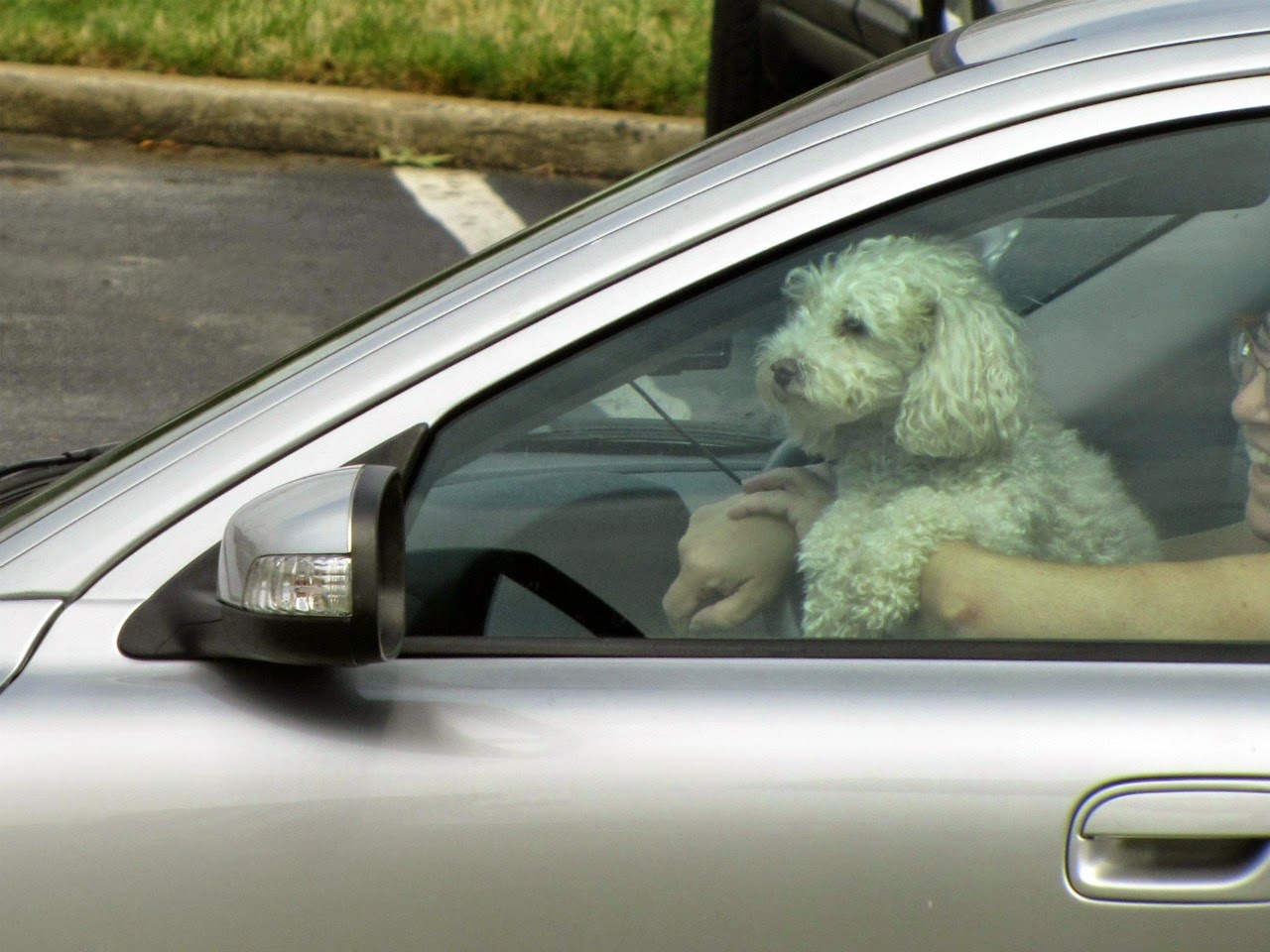 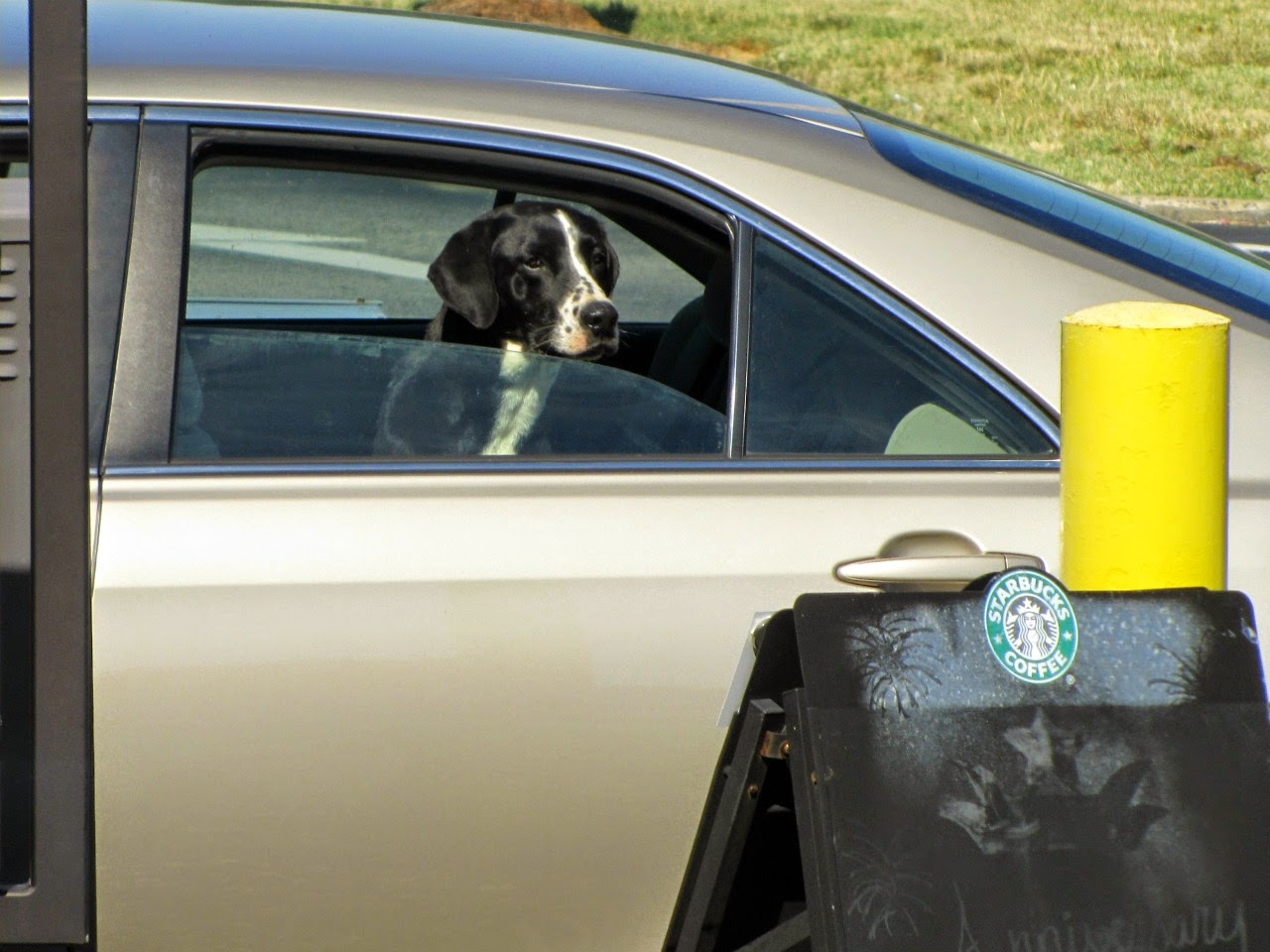 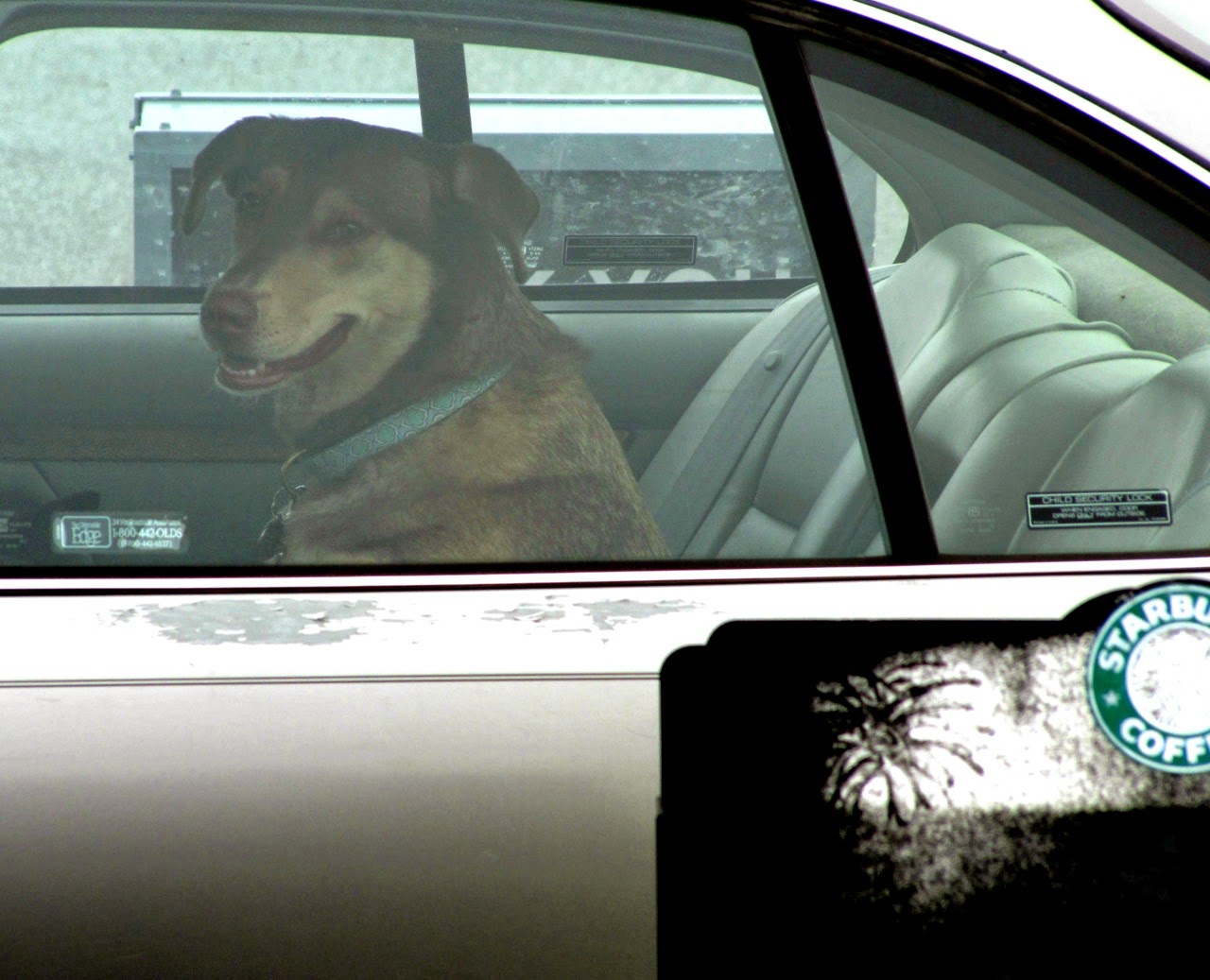 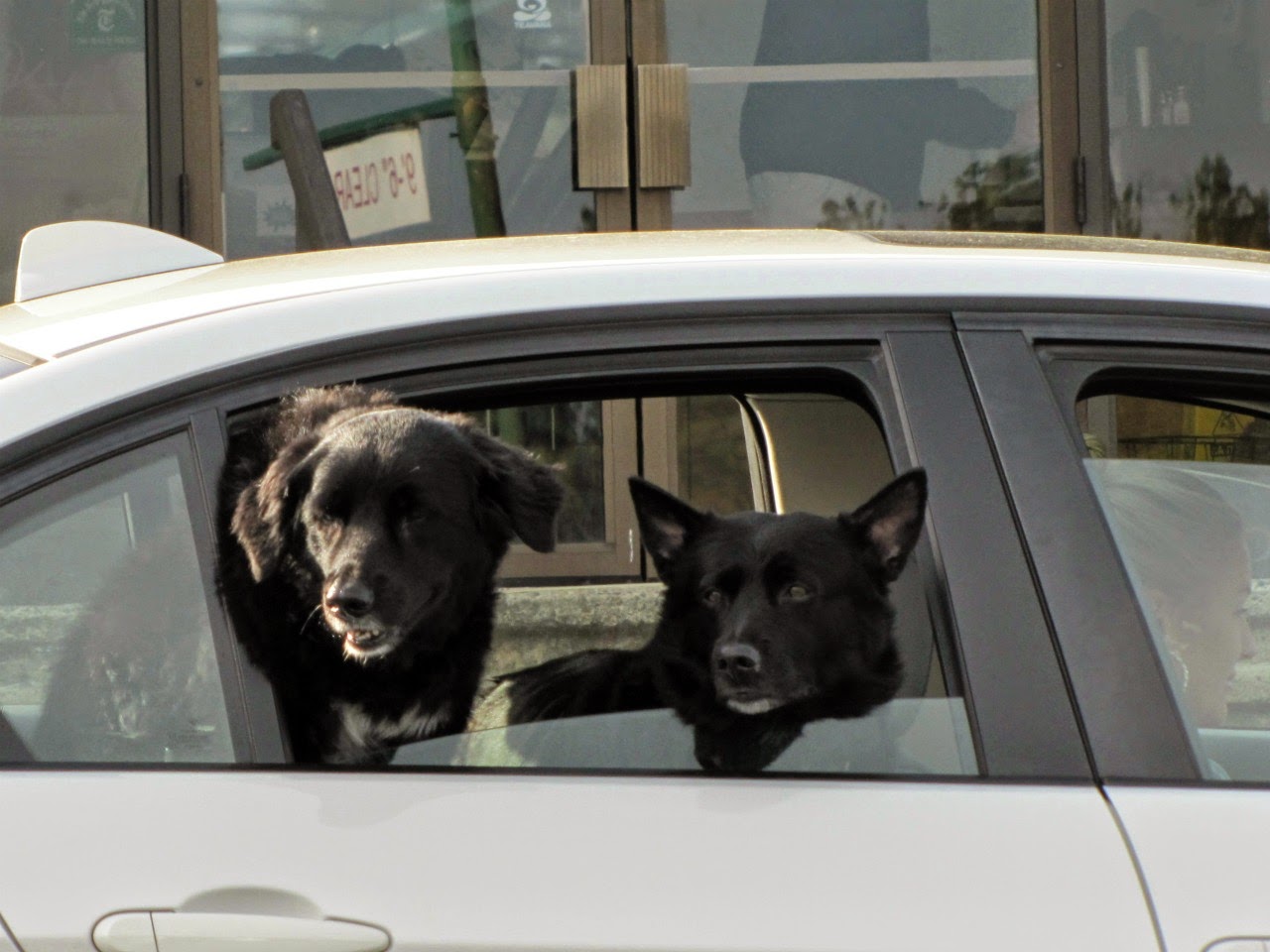 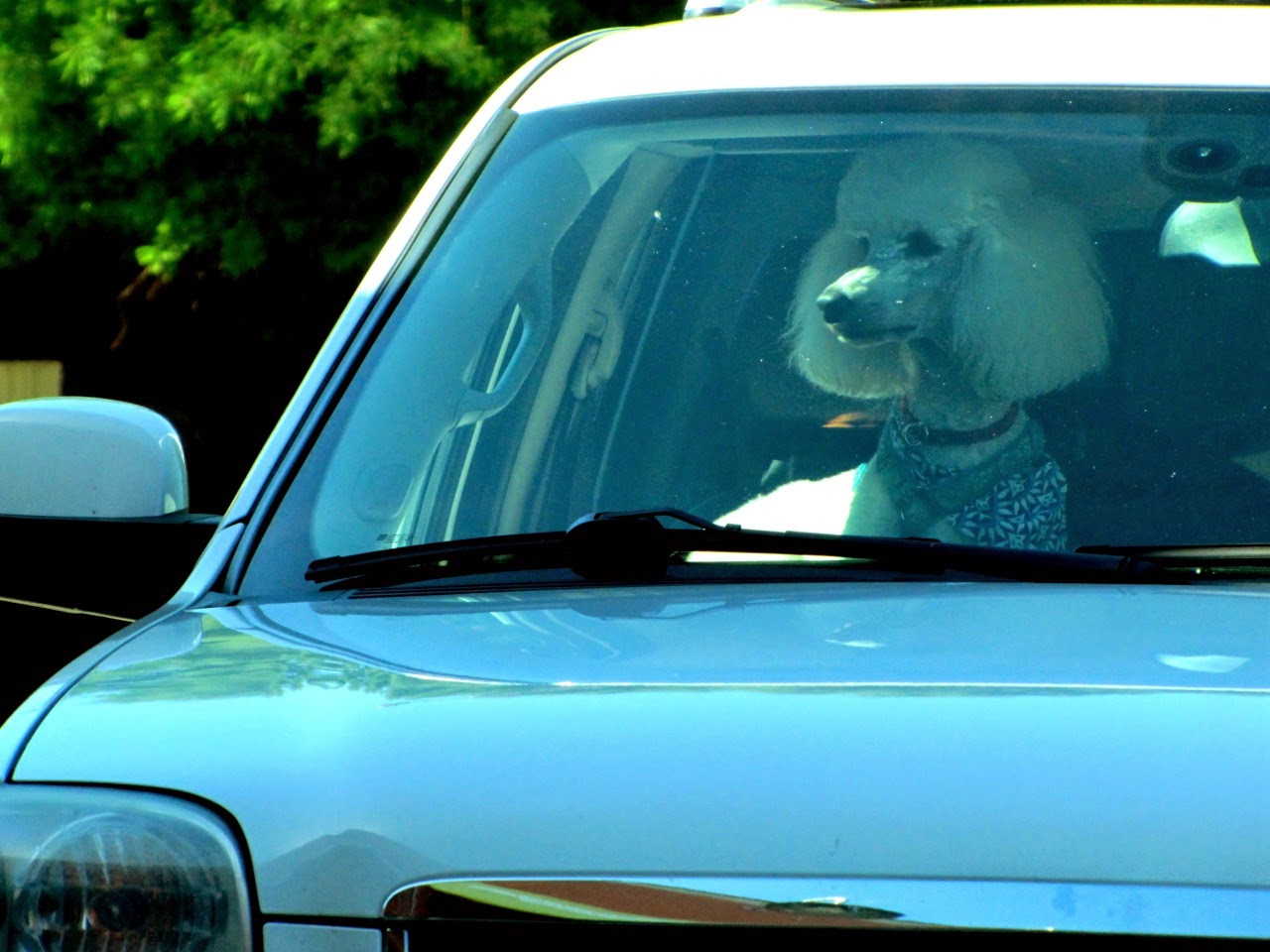 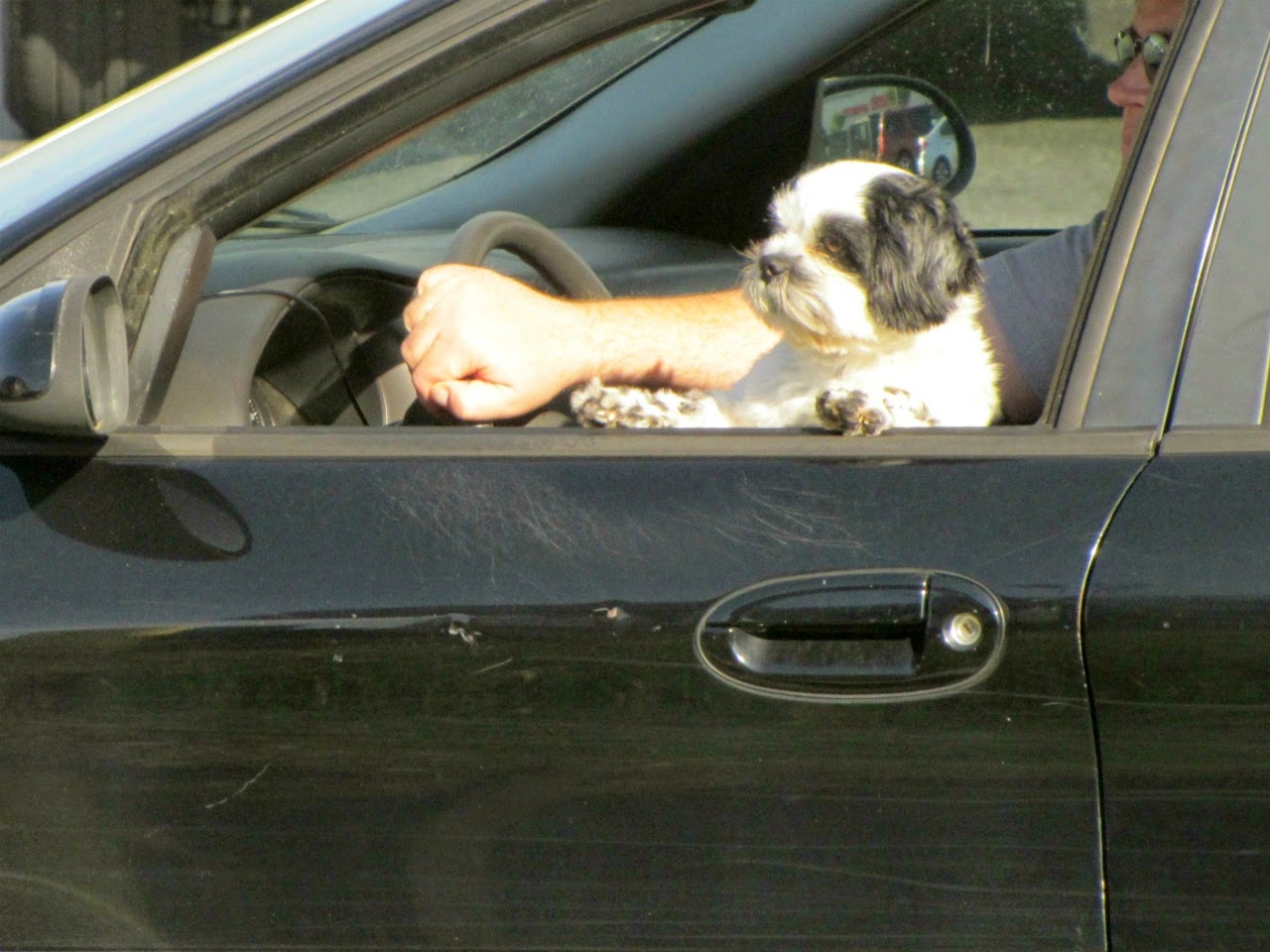 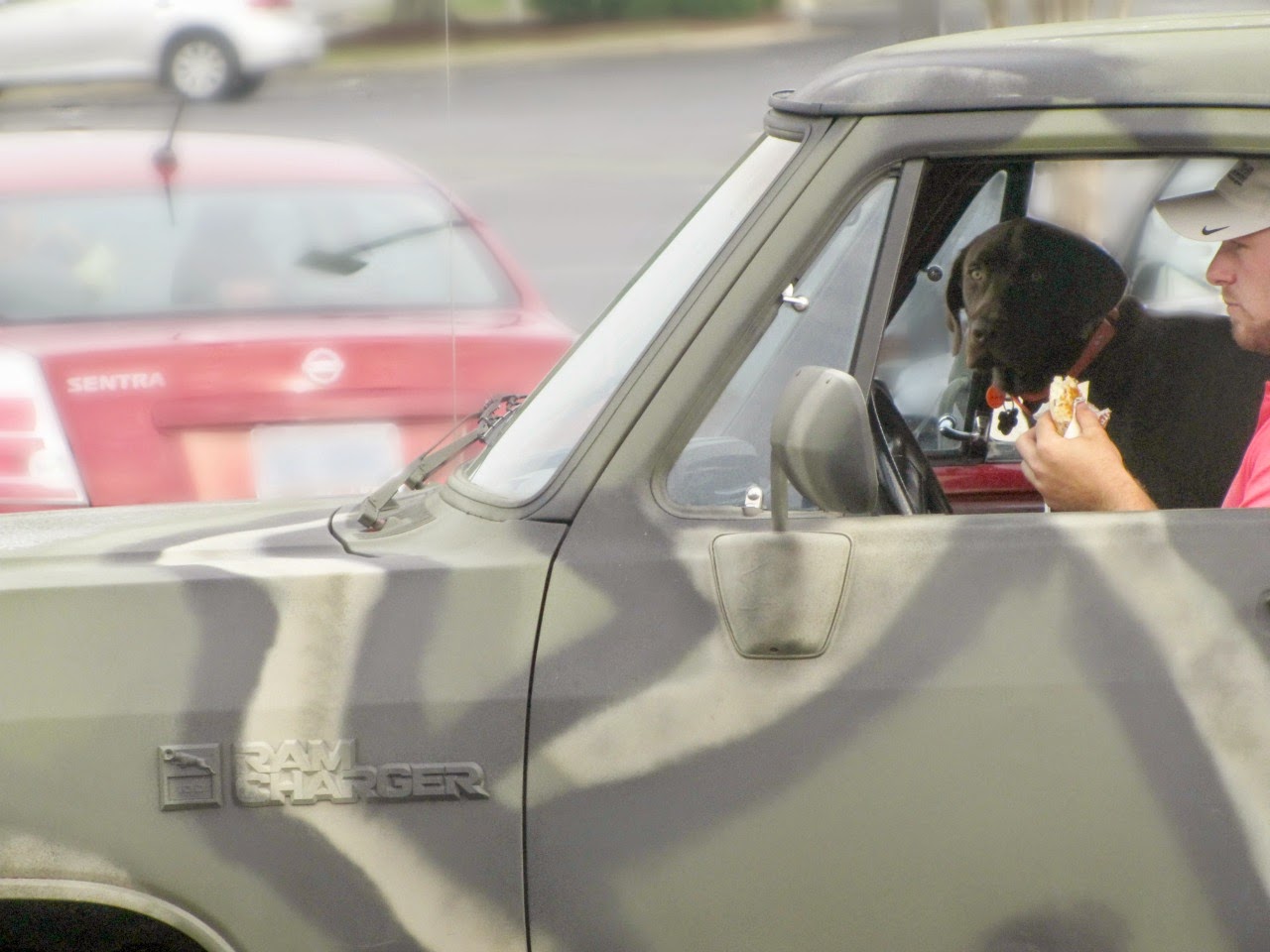 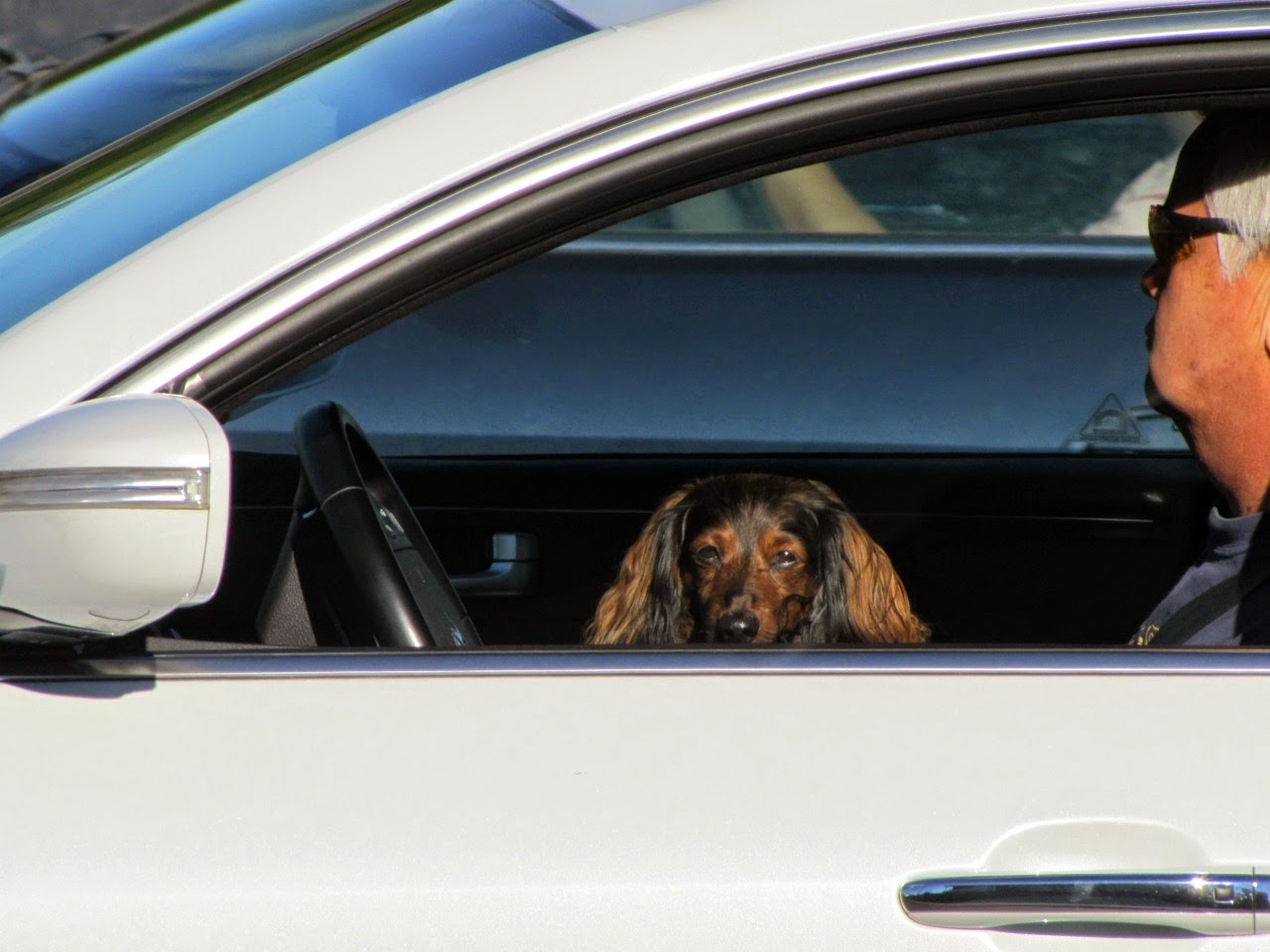 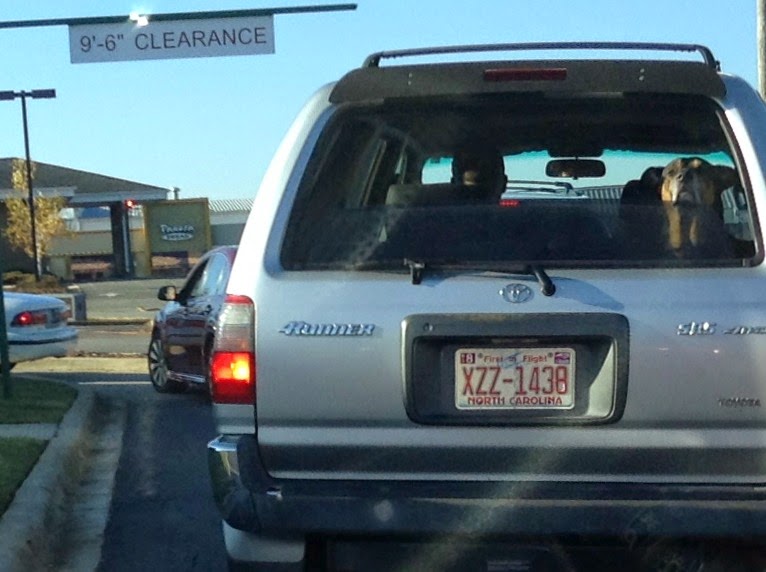 Email ThisBlogThis!Share to TwitterShare to FacebookShare to Pinterest
Labels: animals

on why I'm now a big fan of facebook

A high school classmate passed away very recently after courageously battling cancer. When he found out that he had reached “stage four” of this awful disease, Dennis reached out on Facebook to a dozen or so of his childhood companions and together, this group bonded, supported, listened and held hands (virtually) across all the miles of physical separation. He never posted about his illness on his personal page, keeping it all private and within the group messaging. Tough conversations were had. Dennis kept everyone updated during months of chemo, radiation and hospitalizations, and was comfortable asking his childhood friends for advice when he was making final plans for himself and for the future of the family he would be leaving behind. He remained upbeat, never complaining but staying in touch, because this was a very real emotional lifeline that he grabbed onto.

He appreciated this group of friends so much, sending them encouraging messages and sharing his thoughts about what is truly important in life. One such message went like this:
"Today is a great day for blueberry pancakes! My only wish is that I could share them with all my kind friends. May everyone have a pleasant Wednesday, understanding you all are playing a part in my journey. Anything that comes up today that causes you stress -  wipe it away. It's my gift to you. Things always get better with time. Understand that what is stressful today you may not even remember a year from now. I wish you all a peaceful and relaxing day. Hugs to all!"

This group of pals were in touch with each other through their Facebook group several times a week and daily when the need and desire was there. They cheered Dennis on through his chemo and radiation treatments, all the while sharing. They shared stories, memories, songs, photos from their childhood and hometown, and photos of their current lives. They consoled him when he received word that surgery was no longer an option and when Hospice was called in during his final weeks. They “chatted” on the day that he was moved into the Hospice Home.  Even from his Hospice bed, he messaged back and forth with this amazing support group.

Less than a month before he passed away, Dennis sent this message out to the group: "I feel blessed that I have reconnected with great people like you. I am learning so much from others. If you give people the chance they will amaze you. Every time I receive a ping from FB it's from someone that really cares, like you!"

When he fell silent for a time, the group kept talking, sending messages of good hope and love to him,  in hopes that he was still receiving them. Finally, with no words left, Dennis posted a “thumbs-up” emoticon and was gone. The next message was from his wife, letting the members of the group know that he had passed away and just how much their little group meant to him on this final journey. The messages remain for those left behind, to revisit and remember their friend. "Thinking of everyone today. I love you all, I wish you peace and a day filled with love. I hope your loved ones show you today how much they care."

As young kids, we never imagined that the internet and this phenomenon called Facebook would be available to us no matter where life led, but what a gift it was to reconnect and be able to stay in touch, across all the miles, and to help a childhood friend when he needed it most. RIP Dennis. 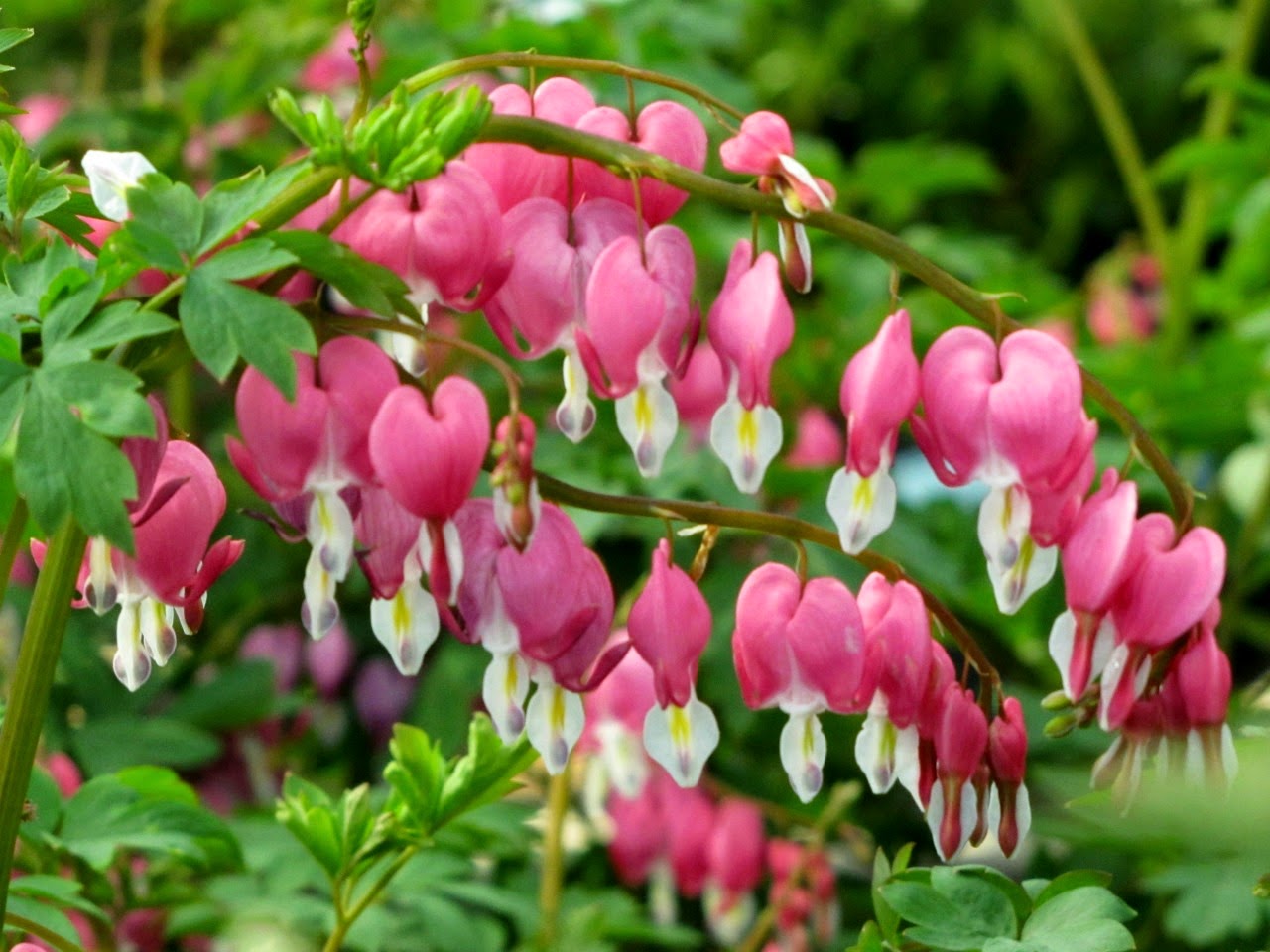 Corner View is a weekly appointment - each Wednesday - created by Jane (Spain) and curated by Francesca (Italy), where bloggers from all corners of the world share their view on a pre-arranged theme.  The theme this week is "attendance" and comes from Susanna (Netherlands).


This morning, Django and Binx were in attendance as I was working on a new song.
I guess they liked it! 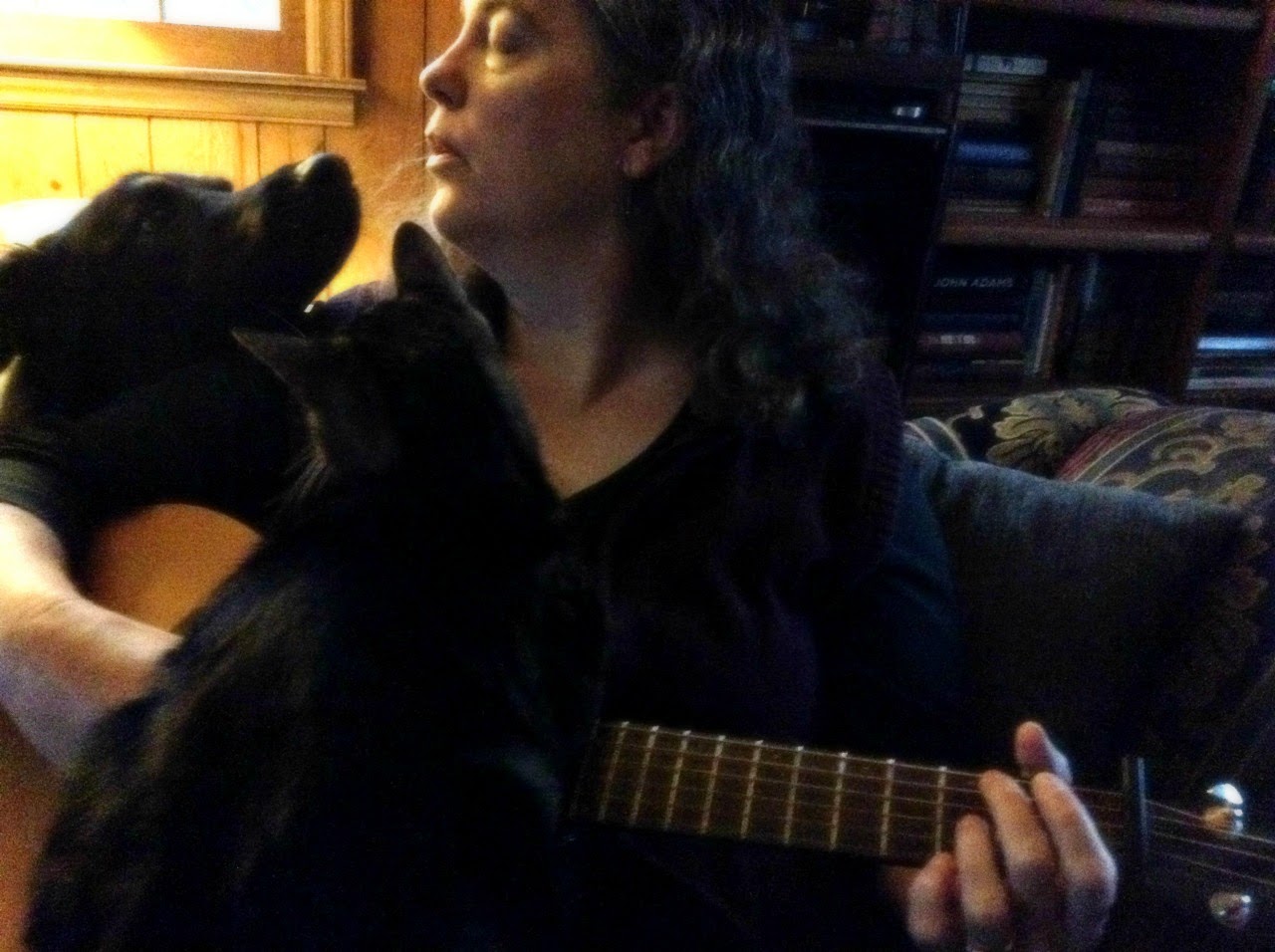 step by step, bit by bit, one to another

This has been a highly-charged, emotional newsweek. Court decisions were made that have angered and saddened people, divided communities, resulted in injury, property destruction and protests. People are lashing out because they’re frustrated – frustrated with “the system”, frustrated with each other and frustrated because they feel helpless. When the fight is just too big, the problem overwhelming, the conversation just too hard, the best thing we can do is to think small. We need to look at our own day, our own backyard, our own actions. We need to focus, every single day, on what we as individuals, are doing right, what we’re putting out into the world and what we’re contributing to our own community. The little bit of good that we can do today and every day all adds up. The little bit of good you do right where you are – put together with all the other bits of light – that’s how we create change. So focus on kindness. Kindness is catching. It’s viral. Kindness encourages, creates possibilities, gives strength and heals. The little bit of kindness that you show someone today can turn their day, week, and life around. A kind word, a gentle hug, a strong shoulder, a moment given and a willing ear, a door opened, a note left, a bit of food donated, there are so many little things you can do today.  It’s through kindness that we can make a very real and profound difference…we can change the world. Step by step, bit by bit, one to another. 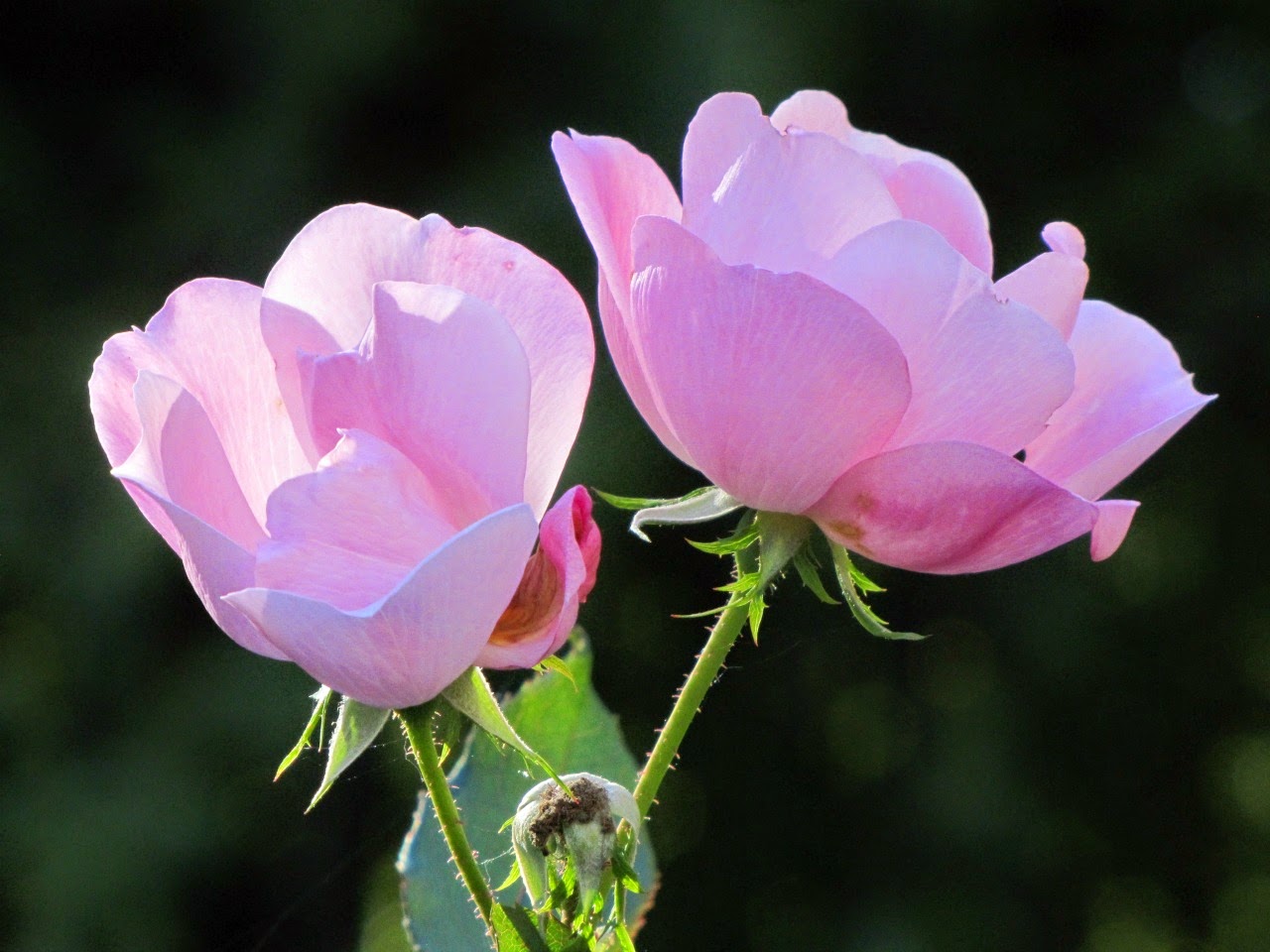 Corner View is a weekly appointment - each Wednesday - created by Jane (Spain) and curated by Francesca (Italy), where bloggers from all corners of the world share their view on a pre-arranged theme.  The theme this week is "open doors" and comes from Joanne (Japan). 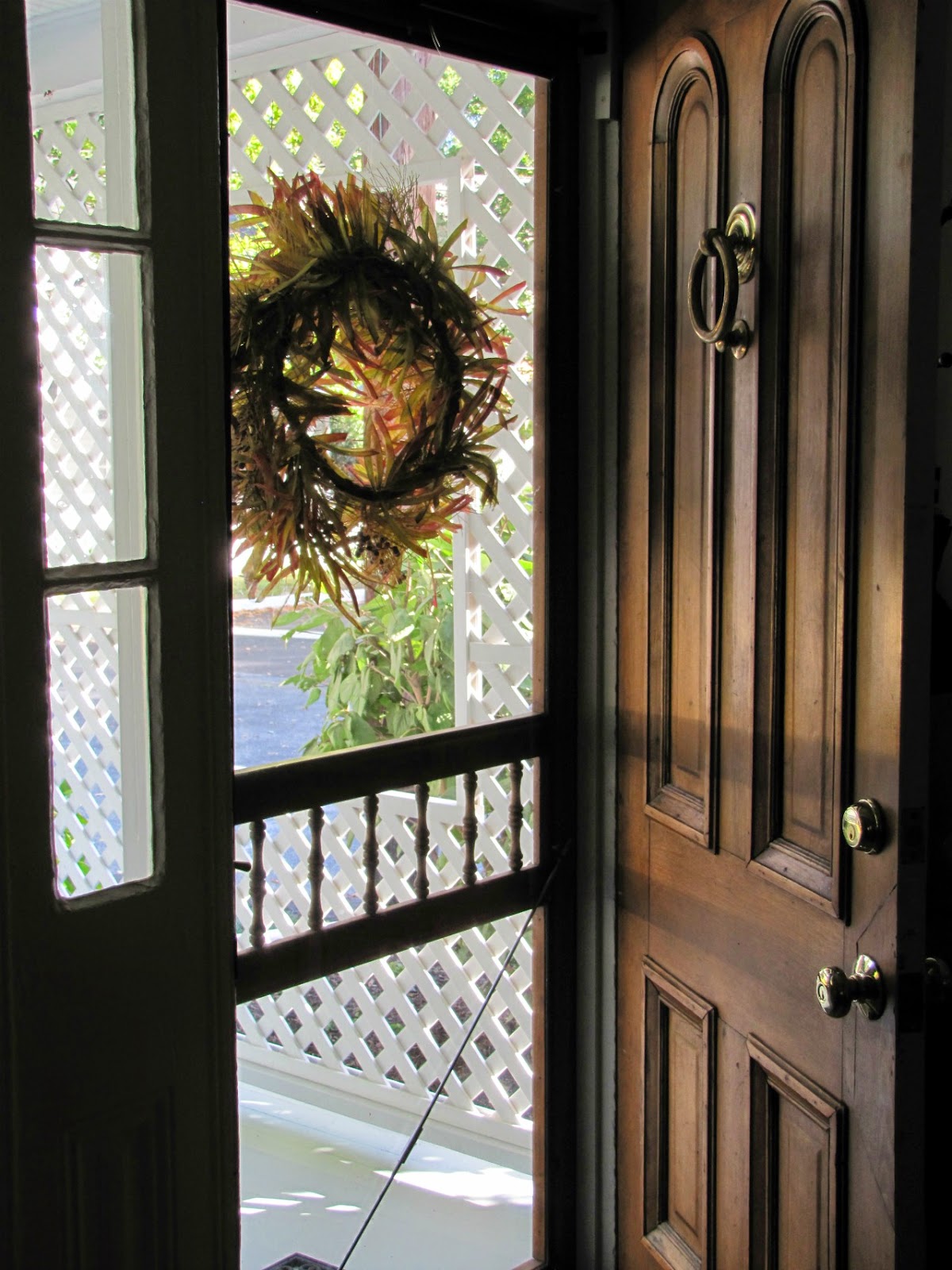 When we were strolling around in Hillsborough recently we made our way to St Matthew's Episcopal Church. In older, historic towns we usually seek out the Episcopal properties because they're often among the oldest in town and have lots of architectural beauty and great old graveyards. St Matthew's was built in 1825 and was actually the second of it's denomination in town. The first was built in the early 1700's but was destroyed by fire. St Matthew's though, did not disappoint. 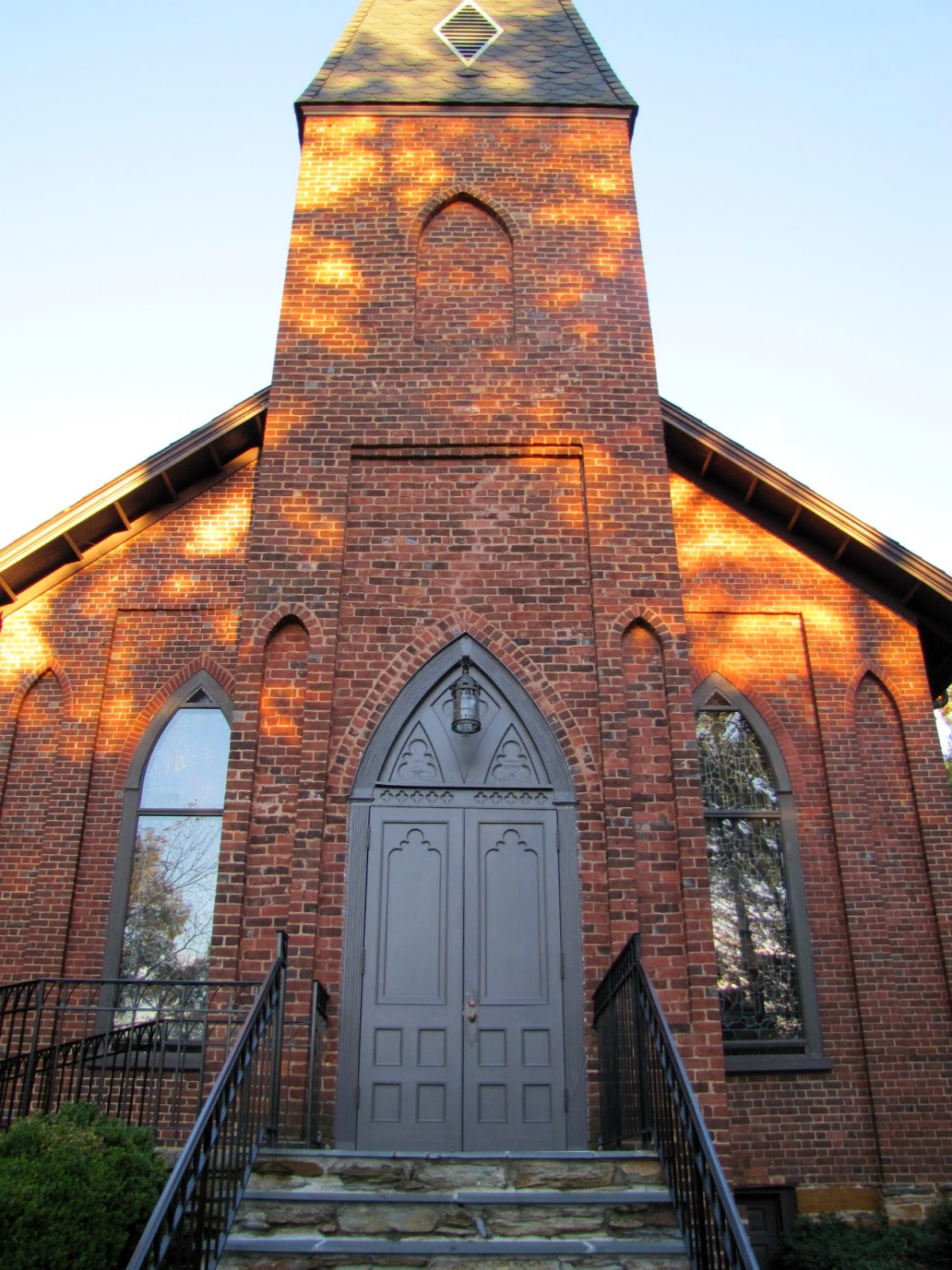 We rounded the sanctuary, enjoying the beautiful stained glass including the Tiffany Angel window and noting the stones marking the graves of the first Rector, his wife and their infant triplets all inset on the back wall of the building. Making our way through the soft moss and leaf mold of the graveyard we came upon another set of triplets, very much alive and enjoying the peaceful setting. 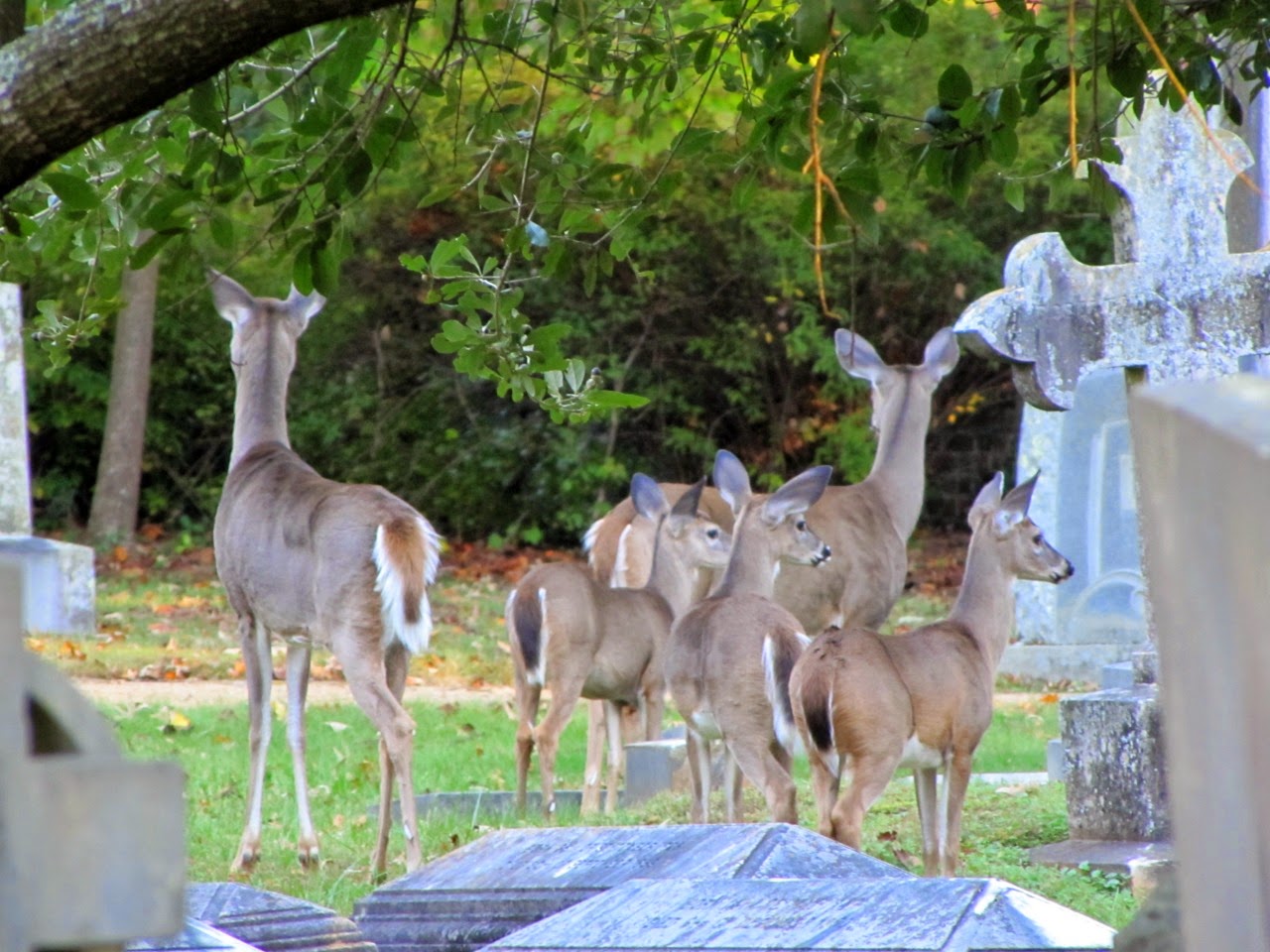 They were so quiet, nibbling the grasses and staying close together. I think one of us must have snapped a twig because they were suddenly aware of our company. 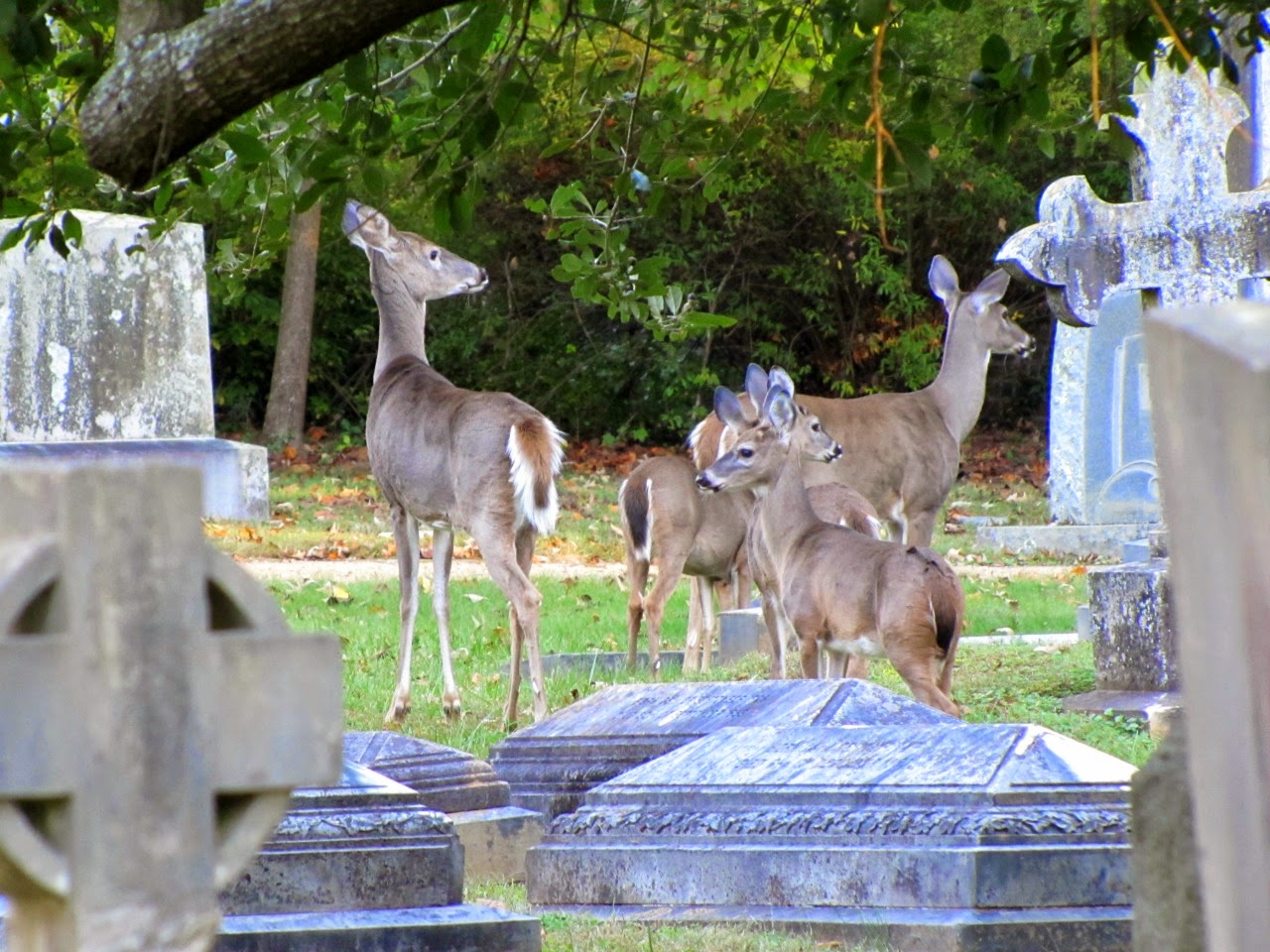 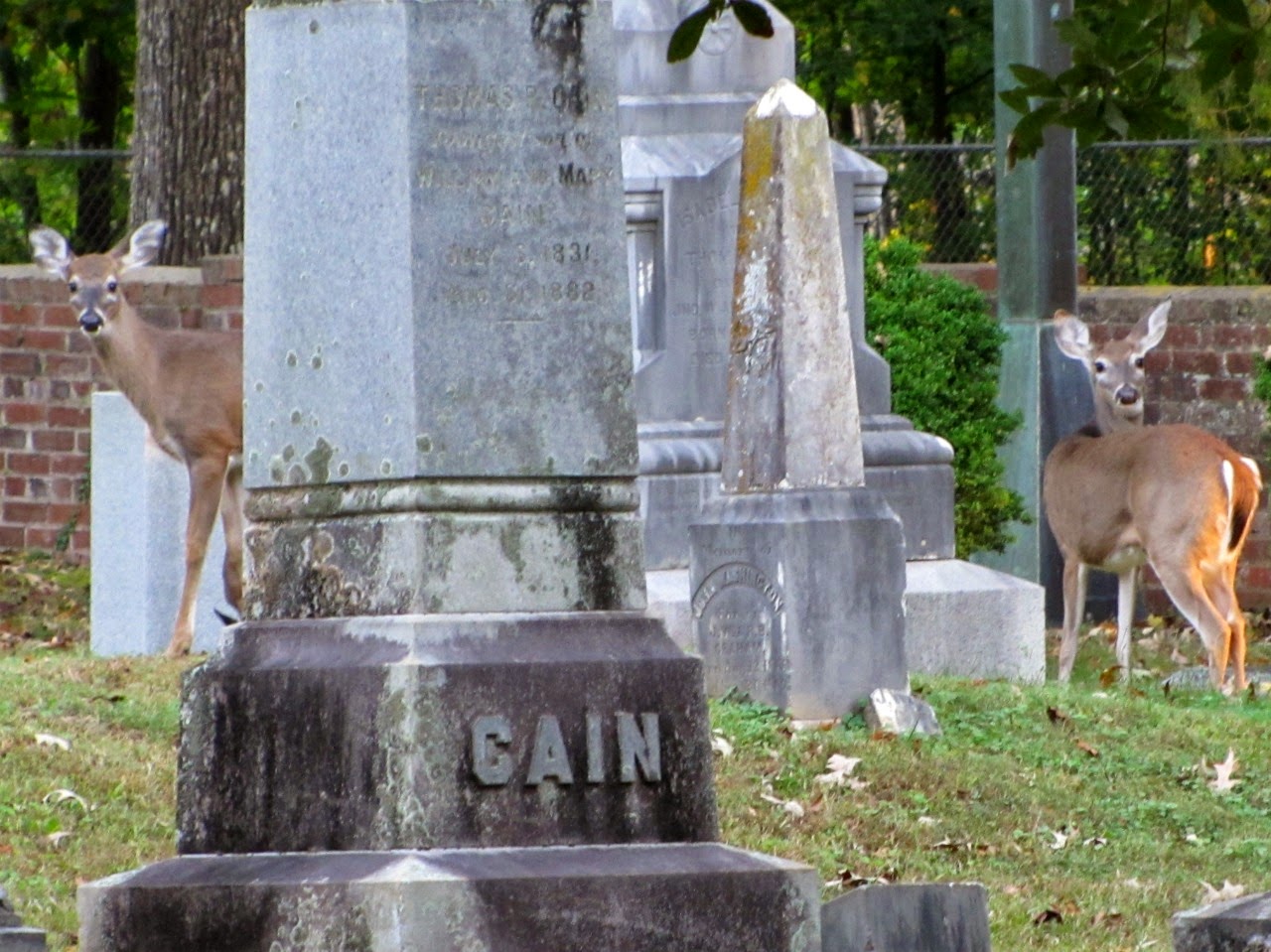 chipping away at your demons

corner view: walk of my dreams

dogs in cars getting coffee 2

a break in the weather - a walk in the woods

kicking off the holiday season

corner view: all the small things

the gift of a dance

corner view: what to do in your country

and where is your happy-place?

is happiness your default state?

corner view: out and about

no positive action is too small

a little springtime in the dead of winter

sweethearts from way back

© Bev Gude 2012-2018. All photos and text published on this site are my creation and owned by me (unless stated differently). I am happy for you to show your friends anything you like here by using the share buttons at the bottom of each post, or by otherwise linking back to this blog. However, you may not reproduce my work for any other purpose without my permission. Please contact me at simplybevgude @gmail.com to discuss use and costs, if any.